The weekend will see the final start in the 2018 Tennis Victoria Winter Pennant.

MCC Glen Iris has seven teams reach the final with 4 women’s teams and 3 men’s team. Below is a quick summary of all teams home and away ladder position as well as where each team who made the finals will play on the weekend.

Good luck to all seven teams!

Georgiana Ruhrig, Helena Spiridis, Cara Black, Tamara Bagijic and Emily Tinker. Tamara and Emily have completed their first grade 1 season joining Helena, Georgiana and former world number 1 doubles player Cara Black. There were a few tough weeks during the season, with all girls traveling playing their respective ITF and future tournaments. The team only lost one match during the first half of the season which set up them up to make the finals. To finish 3rd on the ladder has been a great effort.

Olivia Cant, Lizzie Kalyvas, Oliviera Ivcovici, Linley Wade and Amelia Mills. After not making the finals in grade 2 last season the girls have bounced back to sneak into 4th spot. The girls will have a tough ask in the semi-final, playing Bundoora who have only lost 1 match for the whole season. As we know in finals, anything can happen!!

Chloe Green, Talia Pati, Sienna Di Natale, Brookie Massi, Colleen Carney, Jordan Dymond and Zali Morris. A great mix of the youth of today paired with experienced campaigners. It has been a solid season for the team winning 8 matches. Chloe, Talia and Sienna are coming off a grade 3 premiership last season and are looking to get there again. With their full team in, the team is very confident they can cause an upset. A lot of the girls have been travelling playing ITF tournaments so it is a great effort to get this far.

Elizabeth Filonenko, Kaheina Aizel, Monica Nguyen, Mikaela Hammond and Simone Phillips. A tough season for the team with just one win and 3 draws. On several occasions the team were in winning positions and against quality opposition but just failed to get the win.

Vanessa Slamin, Zena Makantasis, Zara Lumanovski and Ruby Smith. Some of our promising juniors had a tough season in their first attempt at grade 3. The girls will be on the practise court over the summer and will be looking to improve next winter.

Kat Lazzaro, Alice Sunnucks, Samatha Byass, Bethany Sutton, Christiana Masvosva and Araya Burnside. Anail biting last round saw the girls sneak into the finals by 1 point. Christiana and Araya are playing their first season of pennant and joined the girls who made the semi-finals of grade 5 last season. A tough ask to beat Bulleen in the semi final who have only lost 1 match for the season. Good luck girls.

Aaron Addison, Lucas Vuradin, Daniel Kuznetsov, Matthew Kuznetsov and Michael Logarzo. Struggled to get a team together most weeks due to players traveling playing Pro Tour tournaments, but when the full strength team was in, they won most matches and were extremely competitive.

Robert Zieba, Elliot Calba, Junyi Tang, Jordan Glowacki and Yutong Su. First year in grade 2 for the boys. After having 3 draws in the early part of the season the boys came close to several victories but unfortunately just fell short. Boys are confident they can step up to the plate next year.

Benjamin Rowler, Andrew Carter, Blake Robertson, David Rowler, Stephen Sharp, and Oli Kitchingman. Seasoned campaigners and this will be the best opportunity they’ve had in a while to go deep into the pennant finals. Finishing 2nd on the ladder, the team prides themselves on their doubles performance so are looking to get off to a flying start on the weekend. Will be looking for revenge this week after losing to Grace Park in the last round of the season.

Seb Teoh, Cooper Wyett, Kyle Didone, Demitri Kaminis, Darcy Nicholls and Marcus Whitelock. A great season for the first timers, narrowly missing out on a home final. They will need to do it without their number 2 player Cooper, who has gone to America to take up a college scholarship. The team has lost to Overport Park twice this season so will be looking to turn the table on them.

Alex Kalyvas, Darren Lim, Matt Tsimos, Andrew Rabinovich, Lee Blashki, Trent Mills, Sean Munaweera and Andrew Sucevic. Another solid season from the boys in grade 5 after going deep in the finals in grade 6 last season. Moving up in the gardes certainly hasn’t stopped them, accumulating 8 wins for the season to easily make the finals. 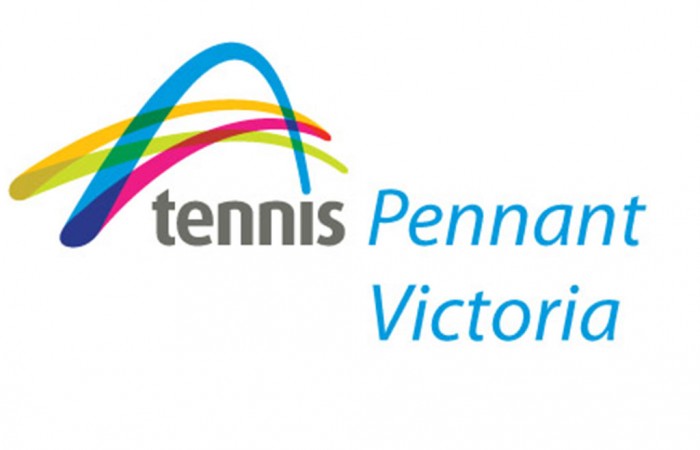