Aaron defeated Ben Spencer in the final 6/0 6/1 to claim the victory after defeating 2018 winner Robert Zieba in the semifinals. It was a great tournament for Aaron, only losing 4 games in total on the way to the win. Aaron leaves for Greece this week to tackle the pro tour circuit, so we wish him all the best for the European season.

Aaron, captain of our Premier league men’s team which has won the last two seasons, will be back wearing the club colours later this year. 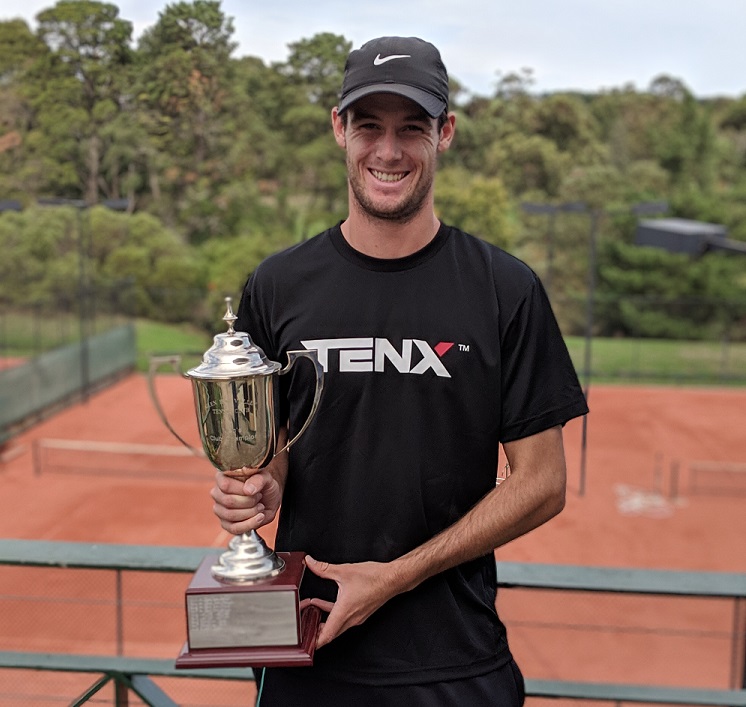