A great day on Saturday for our women’s Grade 1 team who claimed the Tennis Victoria Grade 1 pennant title and against Centre Court Indoor. The weather was not looking great so in order to try and beat the weather, both teams decided to play the singles rubbers first. A decision which certainly favoured our team.

The doubles were just a formality with both pairs winning the first set to claim victory. For Emily and Tamara, this is the second title in as many years after claiming the Grade 3 title last year and stepping up to the plate in Grade 1 this season.

A special mention goes to Cara Black who was unable to play the final due to travel but was a key member of the team. She helped the team get over the line against Grace Park in the first final.

We now look forward to the Premier League season starting in November where our grade 1 girls will be joined by current professional players Jaimee Fourlis, Zoe Hives, Jess Moore and Gen Lorbergs 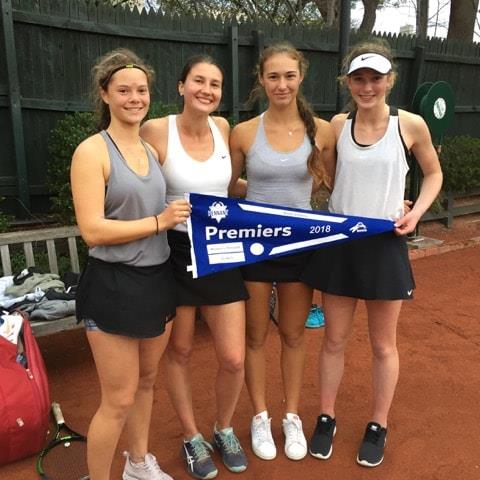