581 matches in 4 days, with some rain, frost, and sun! The 84th MCC Glen Iris Underage Junior Championships is finished for another year.

More than 300 junior players competed in the Gold sanction Junior Point tournament in three different age groups, 12&U, 14&U and 16&U. The tournament used three outside venues with all finals played at MCC Glen Iris. Thank you to the Dingley TC, Knox City TC and the Veneto Club TC for the use of your courts. It was a great standard of tennis on finals day with umpires and lines judges adjudicating matches.

MCC Glen Iris club members Tamara Bajagic took out the girls 16&U singles with a come from behind three-set victory in the final, while Junyi Tang won the boys 14&U singles without dropping a set. Fellow club members Chloe Green, Talia Pati, Darcy Nicholls and Emily Tinker were all semi-finalists in their respective age groups. It was amazing to see such great results in a strong tournament from our junior players. Overall we had more than 30 junior members compete in the event.

One of the other feature matches of the day saw Athina Pitta from Greece win the 12&U girls singles with a straight sets win over Hayley Sibbald who trains at Vida Tennis Essendon.

This year’s event saw many player benefits including; online re-stringing, free player WIFI, three match balls on the court, umpires on finals and an On-site Trainer. A big thank you to Tom Chuang from Body Knots Studio (BKS) who was our onsite trainer. He was available for on-court medical time outs as well as pre and post-match treatments. To visit BKS prior or post the tournament for any injuries or management may have, BKS Box Hill in only 10 mins away from MCC Glen Iris TC. Services include Dry Needling, Cupping Kinesio Taping, Strapping (e.g. ankles), Sports Massage, and all recovery work pre or post tournament. Tom can be contacted on Mob: 0430 179 168.

Thank you to our Tournament Referee Marcia O’Shea who has been involved in our events for more than a decade.

Congratulation to the following winners, runner-up, and semi-finalists in the singles events. 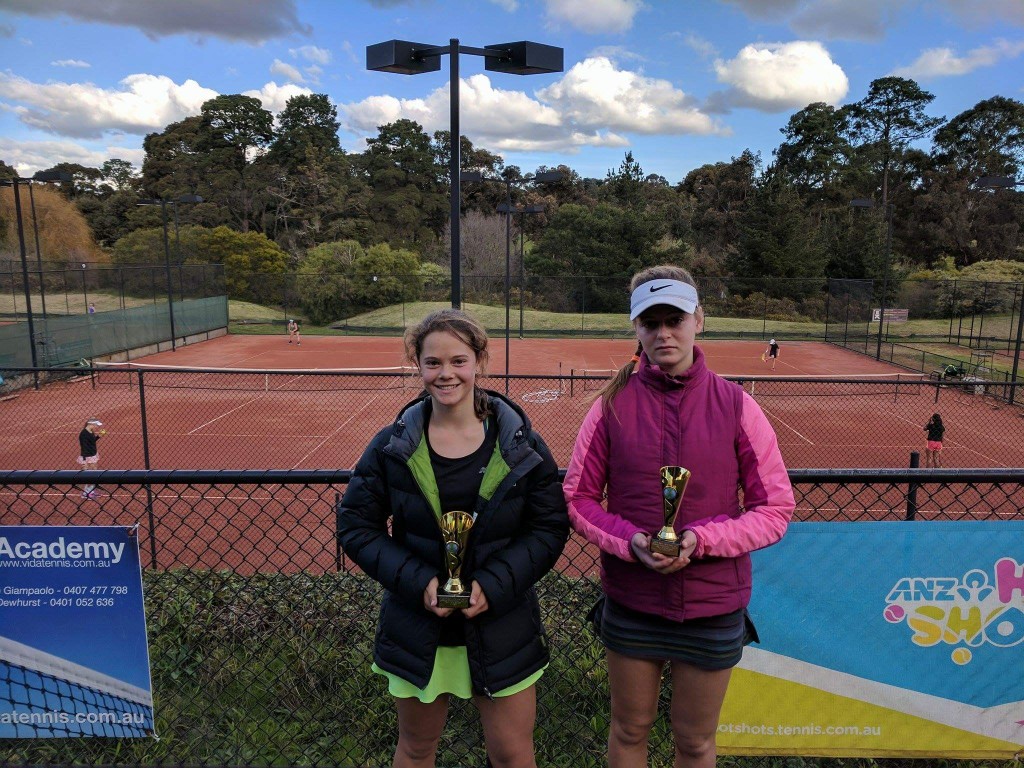 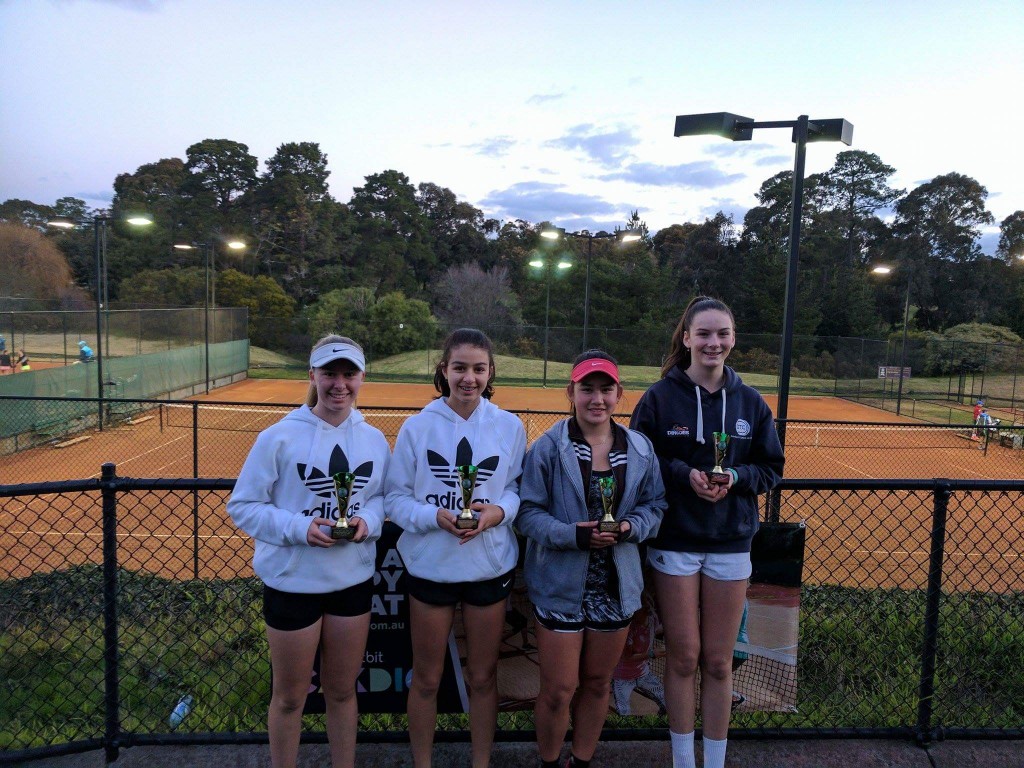 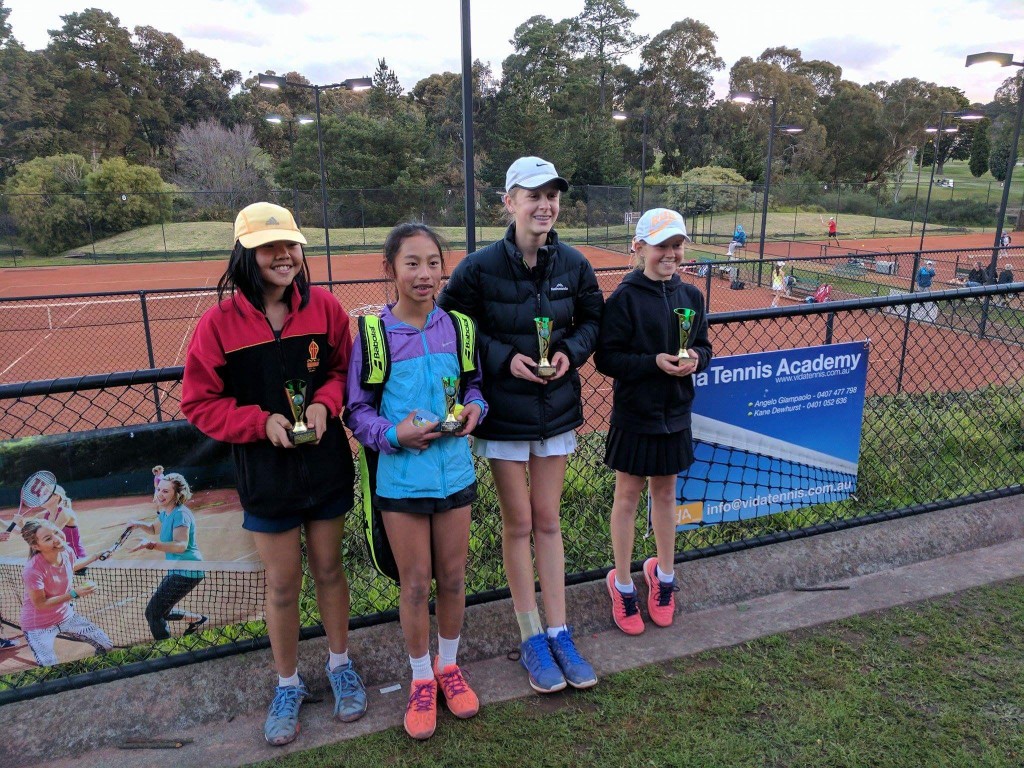 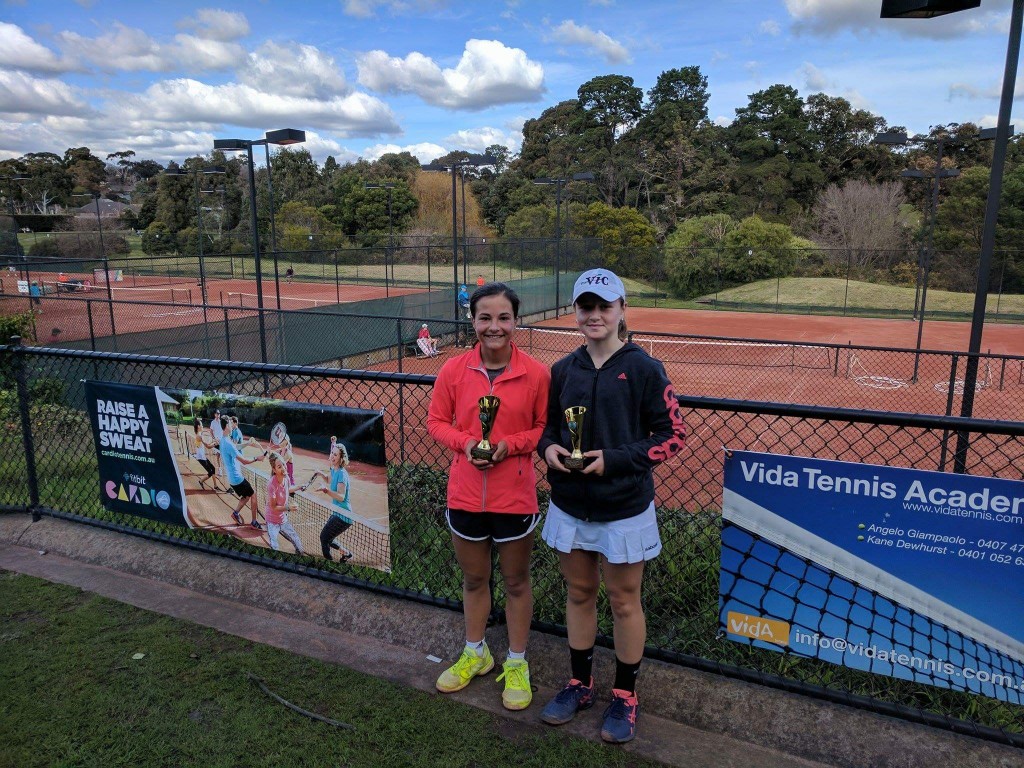 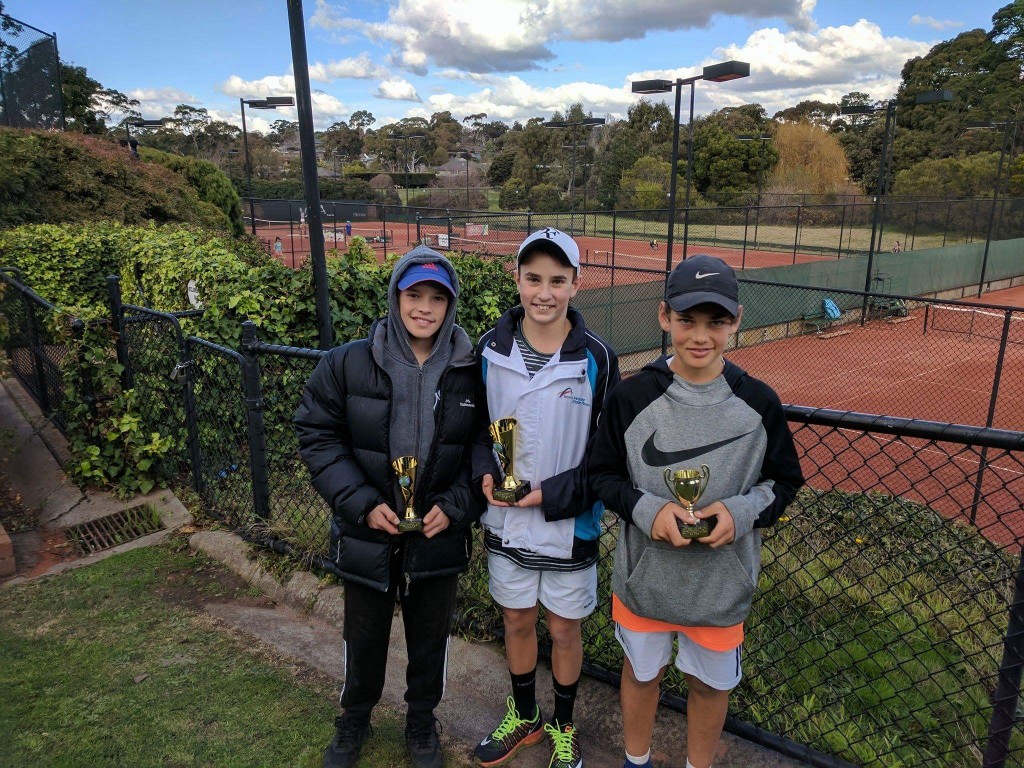