Congratulations to our 6 junior competition teams who over the weekend played in their respective Grand Final matches. The weather was not looking the best but all our teams managed to finish their matches on time. Overall, we had 4 teams take out the premiership with 2 teams being runners-up.

A great effort from all our teams. Three of our premiership teams came from playing at the opposition venue, which meant that our teams finished lower on the ladder but still managed to get the job done when it mattered the most.

A Special mention goes to our D Grade 6 team, Will Brooks Gay, Eleni Makantasis, Pauline Ma and Isabelle Pervical who remained undefeated in their first-ever season of competition and failed to drop a set in the Grand Final. We look forward to seeing you guys progress to higher grade next season!!

Below are the results over the weekend: 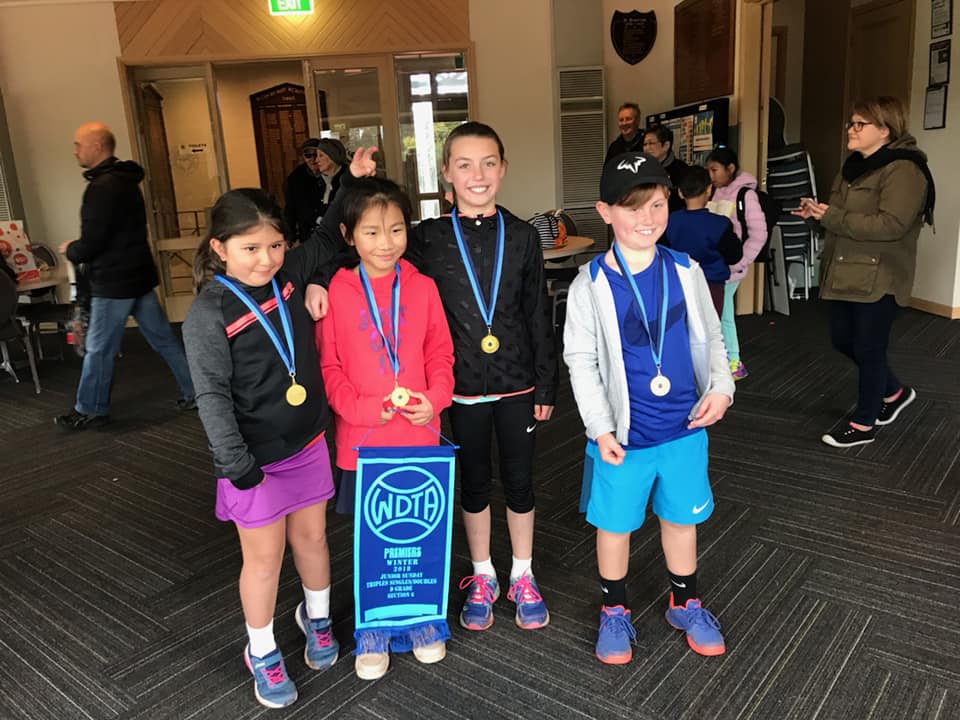