2 teams through to sectional finals – Pennant 2019

Congratulations to our Women’s Grade 1 team and our Men’s Grade 5 team who have won through to the sectional finals which will be played this weekend. Both teams will now play against opponents who have come from other sections.

Our Women’s Grade 1 team finished 4th on the ladder and simply outclassed the 1st place Kooyong. In the doubles matches, Cara Black teamed up with Tamara Bajacic and Emily Tinker played with Chloe Green. Both matches were won in straights sets which gave our girls the upper hand. Both Cara and Chloe won their singles in straight sets which assured the victory. MCC Glen Iris Valley 4-8-59 def Kooyong Lawn 2-4-40.

Our Men’s Grade 5 team finished 2nd on the ladder and dominated there Royal Park opponents from the get-go. After winning both doubles matches, Ben Spencer won his singles match convincingly with Stephen Swann and Tom Halbert getting the job done in 3 sets. This ensured a 5 rubbers to 1 victory. MCC Glen Iris Valley 5-10-74 def Royal Park 1-5-56. 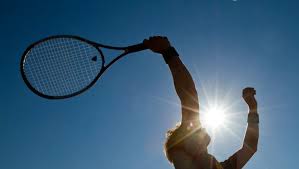