Our men’s & women’s teams will aim to get back in the winner’s circle when the season kicks off on Friday the 19th of November. The competition will be held across two weekends, culminating in the Grand Final to be played at the National Tennis Centre on Sunday, November 28.

Our teams will see some familiar faces with team Captains Aaron Addison & Gen Lorbergs again leading the charge for the club. The team will be made up of the following members;

The club will host a Super round where all matches will be played at MCC Glen Iris. Here are the details 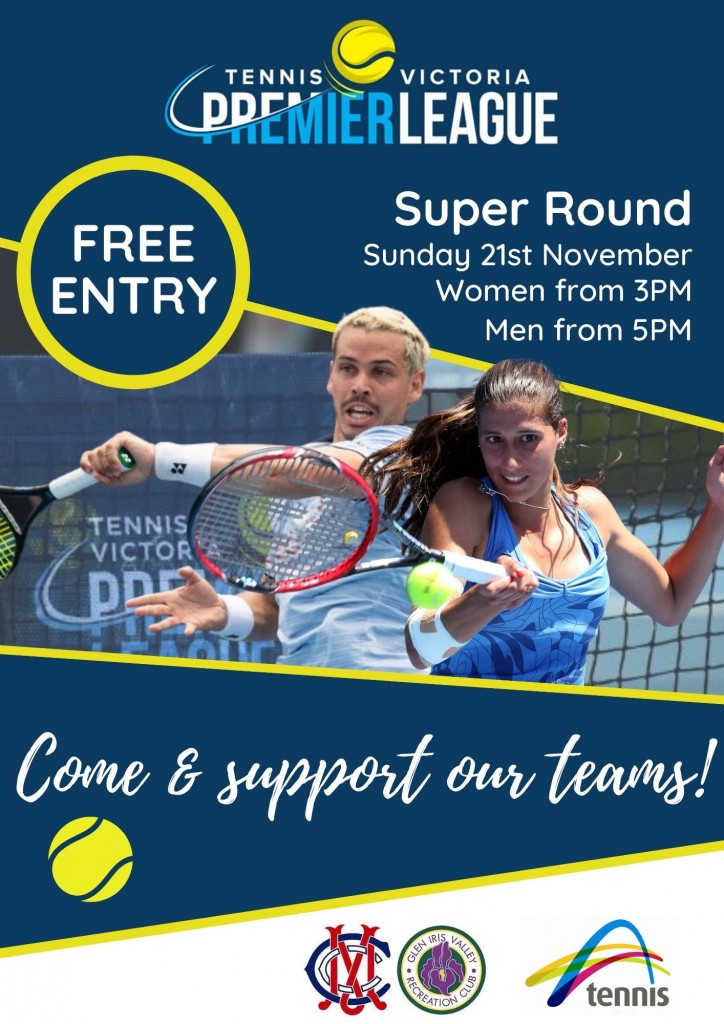 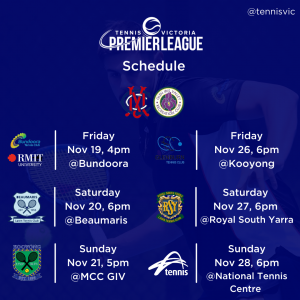 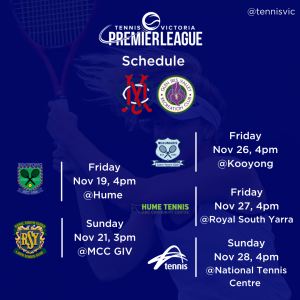