MCC Glen Iris Valley Tennis Club would like to congratulate Kane Dewhurst from the Vida Tennis team on winning the 2017 TCAV Club Coach of the Year.

The George Gilmour Memorial Trophy is awarded to the Club Coach of the Year for successful coaching programs and pathways within their community and demonstration of loyalty to his/her club. In 2017, the award was given to Kane and the Vida team for their work in developing coaching and club programs & pathways for tennis at the MCC Glen Iris Valley Tennis Club.

“It is great to receive peer recognition with an award like the Club Coach of the Year. It is an award that is held in high regard in the tennis industry, and I thank all the Vida Team and the MCC Glen Iris Valley tennis club for their hard work and support in promoting tennis at our club.” Kane Dewhurst

The awards night was held at the Royal South Yarra Tennis Club where four awards were given; the Rookie (Under 25) of the Year, Rising Start (Under 30) of the year, Club Coach of the Year and one inductee into the Hall of Fame – Elizabeth Peers. 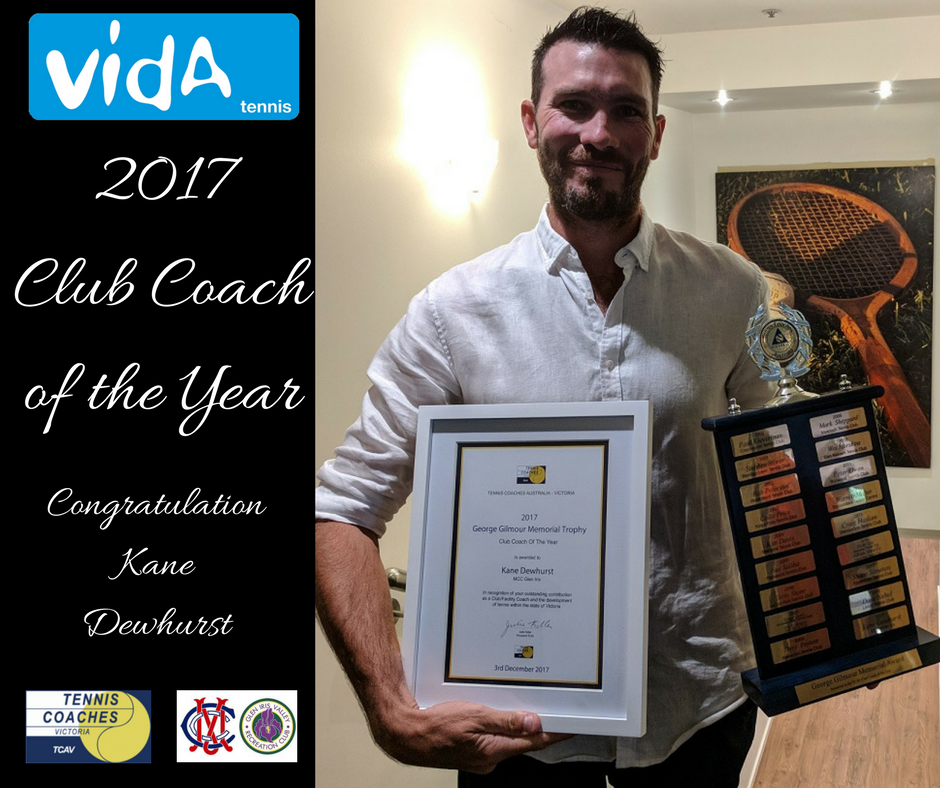 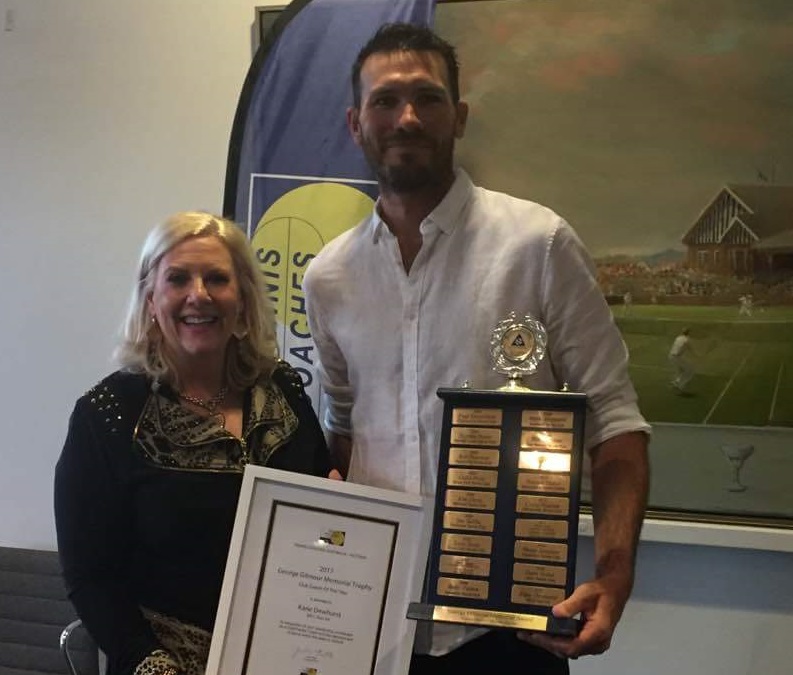