It is with great pleasure that we introduce our Men’s Premier League team for season 2017. Our team is made up of a variety of player; current ATP professionals, retired former professionals, and up & coming juniors.

The season kicks off on Saturday the 11th of November with a match (start time 1.00pm) at Geelong Lawn Tennis Club. Our team will have a tough start against Kooyong Lawn Tennis Club, who has been a regular in the finals in previous years. The five-match home and away season will continue the same weekend with a matchup against Bundoora TC at our home on Sunday the 12th. This will be a super round when all Men’s and Women’s matches will be at the club. Click here for further details

Blake started to play tennis when he was six and says his parents and coaches have had the greatest influence on his career to date. He was born in Thirroul, New South Wales, and is currently 21 years of age. His world ranking is currently 269 on the ATP tour and is currently coached by Peter Luczak. His 2017 highlights included qualification at the Australian Open for his first Main Draw appearance.

He had a great junior career holding National titles and representing Australia at the World Junior Championships and Junior Davis Cup. It is great to have Blake as part of the MCC Glen Iris Valley Premier League team for 2017, his second year with the club. You can view his Tennis Australia Profile Here

Harry will make his debut for our club in 2017 but is not unfamiliar with our surroundings. After moving over from Tassie, Harry attended St. Kevin’s college and play home school matches at MCC Glen Iris. Now on the professional tour, Harry has a current world ranking of 361 which is on the rise after an injury-free year.

His other connection with the club is with coach Wayne Arthurs, who’s family have a long history with Glen Iris Valley. We look forward to having Harry represent our club in season 2017. You can view his player profile here – https://www.tennis.com.au/player-profiles/harry-bourchier

Matt Reid made his debut for the MCC Glen Iris Valley Tennis Club in season 2016 of the men’s Premier League competition. The 27 year year old has consolidated his world doubles ranking in 2017 sitting now at number 77 on the ATP tour. While mainly focusing on doubles in the 2017, Matt is still a formidable singles player with a career high ranking of 183 in 2014. Matt and his partner JS Smith made the second round at Wimbleson in 2017.

Matt has been a regular in the Australian Davis Cup team as a hitting partner and is well respected team member. It will be great to have him part of our Men’s Premier League team for his second season.

Pete is probably the highest profile player in our 2017 Men’s team after representing Australia in the Davis Cup and achieving a career high world ranking of 64. During his playing career Peter progressed to the 3rd round of the Australia Open twice (2003 and 2006) and achieve a top 100 doubles ranking in 2010.

Now Peter is coaching under the Tennis Australia umbrella working with some of Australia’s best players, including our number one player Blake Mott. We hope Pete stays off the basketball court this season after breaking a thumb during last years season.

Aaron started tennis at the age of six and grew up in the Eastern suburbs of Melbourne. He is currently ranked 1086 in singles and 1086 in the world for doubles after turning professional in 2015. His favorite surface is Hard Court and has competed in world ranking events in Thailand, China, Portugal, Greece and various places around Australia in 2017.

This will be his second season with the club.

Lucas has now entered the professional ranks after finishing his studies in 2016. His current world ranking is 1989 after a stint playing events in Europe and on the Australian Pro tour. He competed in last year’s Australian Open Junior event. This will be Lucas’s second season of Premier League with us as well as playing a few Grade 1 matches in 2017. Matthew, aged 17, is currently ranked 1438 in the world as was recently voted Tennis Victoria Junior Athlete of the year. In 2016 Matthew won the 16&U Australian title and continue to develop his game in 2017 at events across Europe. The tall right-hander is the son of former professional player Peter and will make his debut for MCC Glen Iris in 2017.

The skipper for 2016, Daniel will again join the team for his second season. He is another player who has achieved a world ranking in both singles and doubles on the ATP tour. Unfortunately, injury cut his tour career short, but it is great to see him still on the court competing at the highest club tennis level. Chase is one of our junior players starting to make the transition into senior ranks. He is a past National junior champion and in 2016 was the winner of ITF events. Throughout his early years Chase trained at MCC Glen Iris with Head Coach Kane Dewhurst and attended St. Kevin’s College. Now Chase is working hard on his game with Pete Lumsden at Discovery Tennis.

In 2018 Chase will make the move to the USA to take up a college scholarship position. Michael has made great advances in his game over the past few years since relocating to Melbourne from Darwin. He is currently ranked 64 in Australia, which is number 1 in Victoria for his birth year. Michael is another of our junior players who have won a National title and is currently being coached by Paul Vassallo at Vida Tennis Epping.

In 2017 Michael has qualified in a number of Pro Tour events and is on the cusp of achieving his first ATP point. Eddie will join our team for his first season and play alongside his brother Harry. After completing 4 years of College in the USA, including a stint at Penn State, he has spent the year playing Pro tour events around the world. He has grown his world singles ranking to 1395 and doubles to 820. 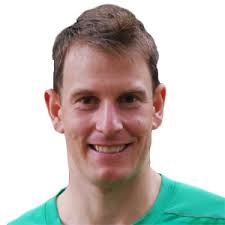 Chanchai, aged 21, has been an MCC player right through his junior days and is currently ranked 77 in Australia. He is currently transitioning onto the Pro Tour and has a world singles and doubles ranking.