Tom Wright, Sarah Favaro, Sarah Witney and Lauren Dodd have been playing as a team for the last 4 junior comp seasons.

After making consecutive grand finals, the team has stepped up 6 grades to take on other clubs in the C Grade 3 competition. With a win and a loss and an overall draw against Ashburton U/C, has given them a solid start to the season and sees them hold a top 4 position. All 4 players have great chemistry when playing and continue to train with Vida Tennis on a Tuesday helping them develop their games. Within their coaching sessions, the kids have worked a lot on their teamwork during doubles play, which includes; tactical awareness, court positioning and communication. All players show incredible respect for there are oppositions and the club is proud to have them representing us.

Best of luck for the rest of the season guys. 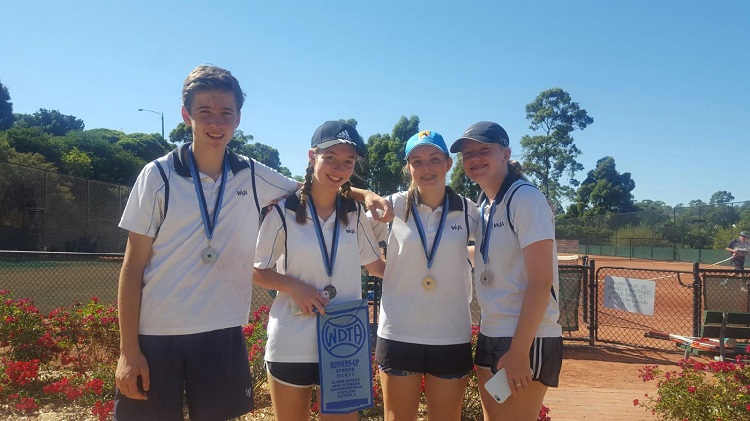