Our Men are into this weekend Premier League Final

After Friday night home & away matches came to an end with rain, our Men’s team secure top spot on the ladder and an automatic berth in this Saturday’s final.

Come along and support our Men’s team against Royal South Yarra Lawn at 12.30pm at MCC Glen Iris.

There will be a free BBQ, the bar will be open, world-class tennis and much more.

See the two team squads for the final matchup below (these are qualified players only);

The teams look very even on paper and will feature a range of current and former professional players. Former world number 64 and Australian Davis Cup player Peter Luczak will need to recover from injury to take his place in the team for us while RSY number 1 Chris O’Connell was injured in their semi final win. Current top 100 doubles player Matt Reid will join Harry Bourchier at the top of the order in doubles to take on former world number 1 junior Luke Saville.

It shapes as a great final with both clubs also fielding some up and coming junior players. The doubles matches will start at 12.20pm followed by the 4 singles matches. 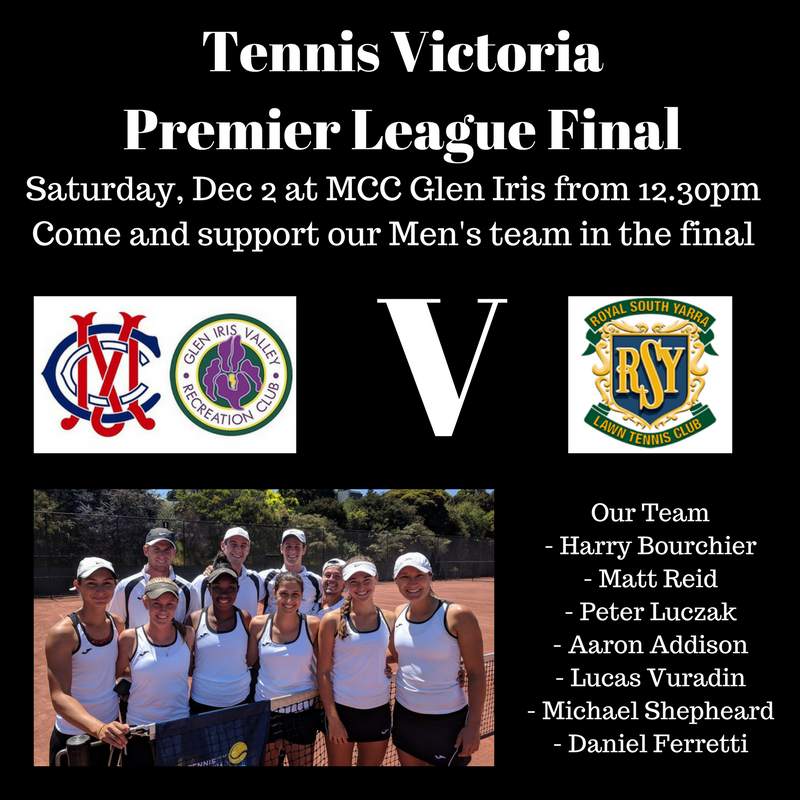