Congratulations to our B Special 1 S/D and B Special 2 men’s teams who both won through to the Grand Final which will be played this weekend. 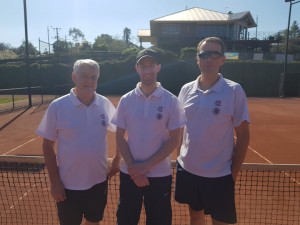 Unfortunately our Women’s Grade 1 (2-5-46)  team just fell short against Royal Sth Yarra (4-8-53) in their semi final on Saturday. The girls got off to a good start winning one of the doubles matches but unfortunately RSY were a bit too strong in the singles rubbers winning 3 of the matches. Congratulations to Tamara Bagajic, Emily Tinker, Cara Black and Chloe on a wonderful season.

Our Men’s Grade 5 team is our last remaining pennant team as they wait to see who there opponents will be in the quarter finals this Saturday. Best of luck to Tom Halbert, Ben Spencer, Stephen Swann, Geoff Patsouris, Stephen Schweier and Lewis Freeman. Lets go guys!!