Blake and Murray were down 3-5 in that last doubles before coming back to claim victory. Blake tried to tell us that they saved 10 set points in that game but it was really 4 or 5.

Our second team in the section MCC Glen Iris – “Natural Gut” just missed the top four by half a point (finishing 5th). 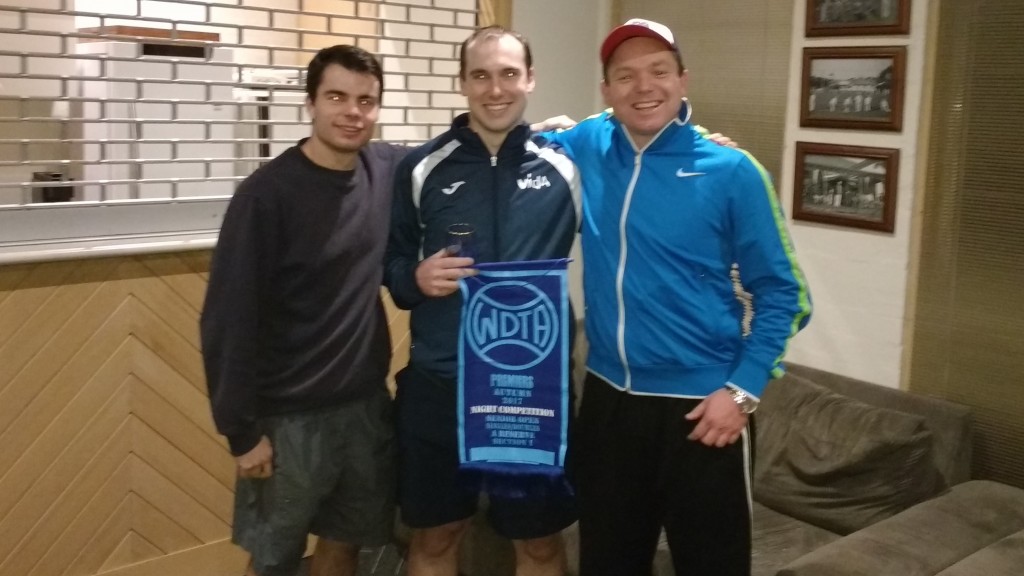