The weekend saw a great opportunity for both our men’s and women’s teams to cement final’s positions with rounds 3 & 4 of the Tennis Victoria Premier League held. 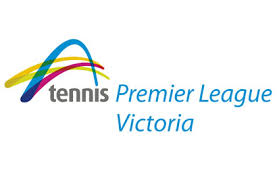 Round 3 was held at the Dingley Tennis club for the women’s league and our Women’s team were heading into a must-win match against Royal South Yarra without their number 1 player, Jaimee Fourlis, who was injured the previous week.

Viktorija Rajicic and Gen Lorbergs were up against Tammi Patterson and Storm Sanders in the number one doubles position and win down in two close sets. Eliza Long and Katherine Westbury, both playing their first matches of the season, then teamed to recorded a 6-2 6-2 victory.

The singles saw wins to Genevieve Lorbergs, Katherine Westbury, and Eliza Long in straight sets to seal the win. Viktorija Rajicic played a tough match against the RSY number one Tammi Patterson falling 6-3 6-3 but over all a solid 4 match to 2 victory held to maintain the teams place in the top 3.

The men’s round 3 matches were held at Royal South Yarra with our team pitted against the home side. We welcomed current world number 76 Matt Reid into our side for his first match and he did not disappoint. He teamed with our captain Daniel Ferretti at the number one pair winning in straight sets 6-2 6-3. Chanchai Sookton-Eng also made his season debut and played with regular partner Aaron Addison at number two. They play a solid doubles taking the match 6-2 6-4.

The singles was a different story to the doubles. Matt Reid went down with an injury after the first set, while Aaron Addison and Daniel Ferretti both suffered straight-sets defeats. It was left to our youngest member of the team who was also making his debut to try and get us over the line. Chase Ferguson played a great first set taking it 6-4 which meant that he had to win the second set 6-0 to draw the day. Unfortunately, it was not to be, with Chase winning 6-1 and the Men’s team going down by one game.

Round 4 was going to be an important day for both teams as the competition heads towards finals. All matches were held at Dendy Park Tennis Club in the first of two Super Rounds for the competition.

The women’s team headed into the match full of confidence after the previous night’s victory. Jaimee Fourlis came back into the line up to team with Eliza Long for a straight sets victory against the home side Dendy Park. Georgina Ruhig, playing her first match of the season, paired with Katherine Westbury to help get the girls of to the perfect start winning 7-5 6-1.

The singles matches all went our way with Viktorija Rajicic, Katherine Westbury, and Eliza Long recording straight sets wins. Georgina took three sets to get the win to complete a 6 match to 0 white wash.

Injury forced many changes to the men’s line up for the important round 4 clash with the Country All-Stars. Peter Luczak was out of the team win an injured hand but we welcomed back Lucas Vuradin who teamed with Aaron Addison at the number one position. In a match which could have gone either way, the boys ended up going down 7-5 5-7 9-11 after some lost opportunities. The second doubles match saw Michael Logarzo make his season debut with Daniel Ferretti. A slow start saw the boys have to play catch-up for most of the match but eventually got over the line 0-6 7-6 13-11, saving a match point along the way.

The singles matches were always going to be tough and Aaron Addison lead the way with a three-set victory at number one. Lucas Vuradin and Chase Ferguson looked in great form both winning in straight sets to cement the victory on the day. Michael Shepheard, the competition’s youngest male player at 16, showed his talent winning in three tough sets for an overall victory of 5 matches to 1.

When the ladder gets released after the weekend’s matches it will show a top of the table match in the men’s competition in round 5. MCC Glen Iris Valley will host Kooyong Lawn in a match to decide who will finish on top and go straight into the Grand Final.

Round 5 will be played at MCC Glen Iris Valley with all men’s and women’s matches starting from 12.30pm.

It would be great to see all members at the club supporting our teams and enjoying the world class tennis. A reminder that there will be no courts available as all court will be used for matches. 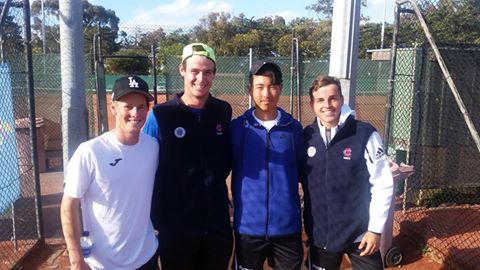