Aaron joins in before Premier League kicks off

With just days before the 2017 Premier League Season due to start, our men’s team member and professional player Aaron Addison dropped into the club.

His first comment was “how good is this, there are kids everywhere playing tennis.” when we saw the number of kids enjoying Hot Shots Tennis at the club.

This is Aaron’s second year playing for the Men’s Premier League team and he was the only member of last years team to play every match for the season. He finished the season with a winning record playing high in the order with some strong performances against quality opposition. The first match of the 2017 season will be in Geelong for the men’s team on Saturday against a tough opponent in Kooyong.

“It will really come down to which players are available for both team on Saturday with many of the boys still overseas, and then it is up to who puts it together on the day. I am really looking forward to the season and playing for MCC Glen Iris again.” Aaron said.

“The super round at the club last year was such a great atmosphere, and I can’t wait to be back at the club on Sunday for this year’s Super round.”

A super round is when all matches in both the men’s and women’s leagues are played at the same venue. This will start at 1pm on Sunday the 12th at MCC Glen Iris. Entry is free and you will see some of Australian’s best players.

All members and Vida coaching students are invited to come along and support your team. 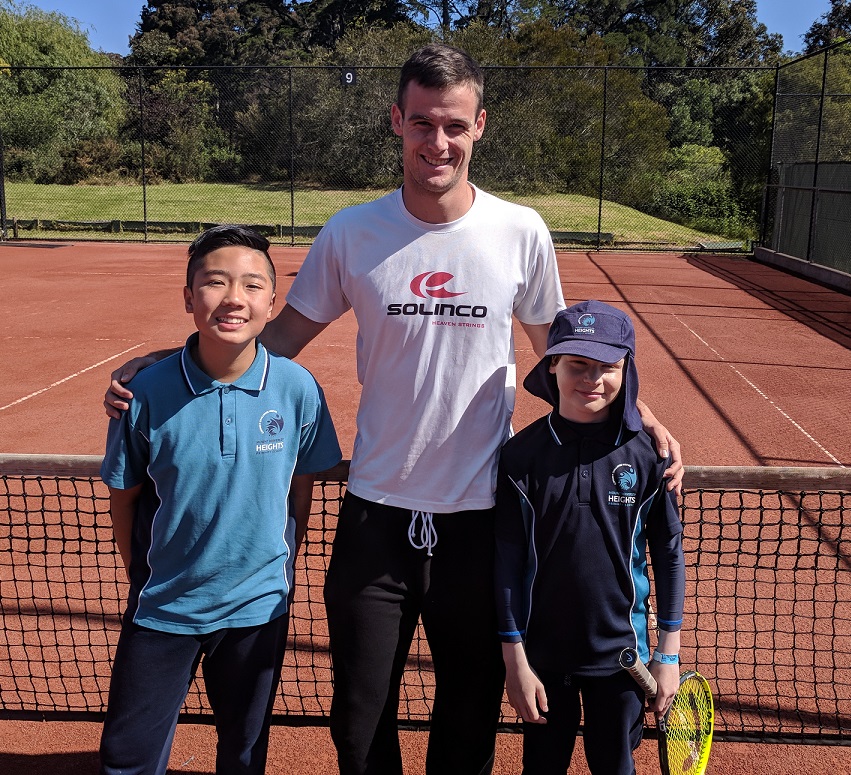 Aaron with Gabe and Shai. The two boys play green ball at the club and are just starting junior competition in the WDTA.