Our Men’s Premier League Team into the Grand Final

The semi-final of the Men’s Premier League was held yesterday at our club with MCC Glen Iris hosting Kooyong Lawn. From the outset, the match looked evenly poised and was always going to come down to the wire.

The doubles matches did not go our way with Blake Mott & Peter Luczak going down in a very close match to Andrew Whittington & Jacob Grills 6-7 6-4 7-10. Blake & Peter had their chances, holding a set point in the first set and also leading in the third set match tie-break but were not able to close it out. At number two doubles, Aaron Addison and Lucas Vuradin were matched up against David Bidmeade and Daniel Byrnes. The Kooyong pair played solid doubles to record a straight set 6-4 6-3 win.

Heading into the singles two matches down, the guys knew there was no room for error. Aaron Addison was first on court up against Daniel Byrnes and played a solid match from start to finish winning 6-2 6-3 to post our first win for the day. This was soon followed by Lucas Vuradin’s win at number two over Jacob Grills. Coming from a set down, Lucas played some of the best tennis of the day to win 1-6 6-2 10-7.

With things are tied up on matches and set there were two matches left on the court. The number one match up was between Blake Mott and Andrew Whittington, both of who played in the 2017 Australian Open. It was a high-quality match, in which both players had momentum at different stages. In the end, Whittington got over the line 3-6 6-3 10-6.

So it was down to the last match to determine the day’s winner. The number 3 singles was former Australian Davis Cup play Peter Luczak against Greg Jones from Kooyong. Greg himself has played multiple Grand Slams, so this was also going to be a close match. Greg was on top in the match early and served for the first set, but Peter kept his never and broke back and won the first set in a tie-breaker. The second set saw Peter get on top and take the match 7-6 6-2.

So the over all score end up

The men’s team now move onto to next weeks Grand Final to face Bundoora Tennis Club. This match will be played at MCC Glen Iris on Saturday the 1st of December from 1pm.

Our women’s team had the week off after qualifying first in the home and away season and moving directly into the Grand Final. They will meet Liston Tennis Club, also next Saturday at MCC Glen Iris.

Congratulations to both team on making it through to the Grand Finals in the strongest club based competition in Australia! 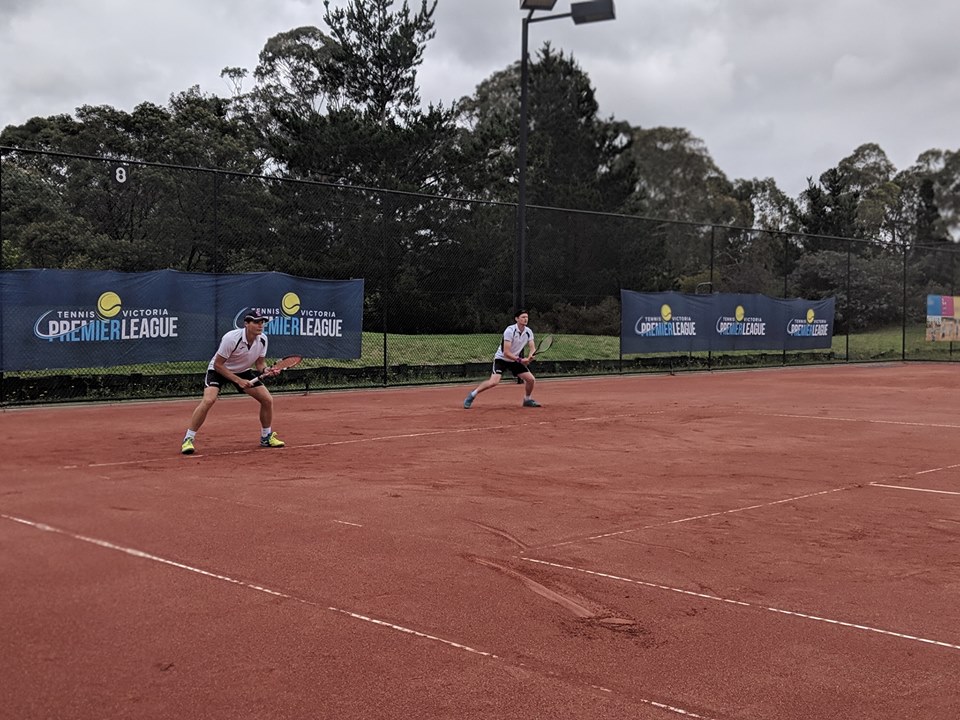