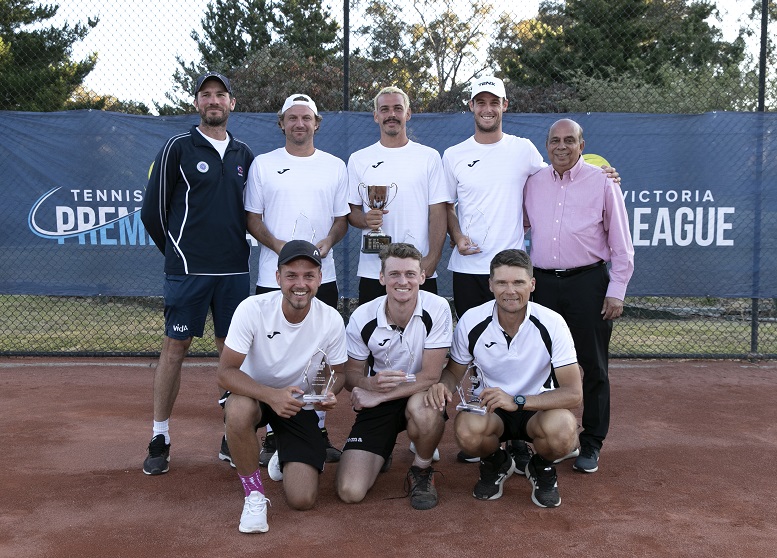 The 3-pete has been complete

Tennis Victoria Premier League concluded in incredible fashion with our men taking the title over Kooyong Lawn in front of a bumper crowd on Saturday.

The MCC Glen Iris Valley Tennis Club hosted the grand final, which was attended by friends and family members, including a host of neutral supporters. Tennis Victoria Premier League is the state’s highest level inter-club competition, which sees the state’s, and country’s best, take to the courts. The five-week season is place just before the December Showdown commences and is the perfect precursor to the Australian Summer of Tennis.

Our men’s team were ladder leaders, after going undefeated in the home and away season. The men played a very close final that went right down to the wire. Both our team and Kooyong Lawn were stocked with talented players, including: Alex Bolt, Marc Polmans, Peter Luczak, Blake Mott, Greg Jones and the like.

The doubles rubbers could not be separated and saw both go into match tiebreakers. The rollercoaster matches had Alex Bolt and Matt Reid come from a set down (and match point) to defeat 2017 Australian Open semifinalists Marc Polmans and Andrew Whittington 4-6 7-5 (10-8).

On the next court, Blake Mott and Peter Luczak cruised in the first set (6-2), but soon had a fight on their hands as Jacob Grills and David Bidmeade dug deep to take the second set tiebreaker. An up and down match tiebreak saw the home side just get their nose in front and secured an all-important victory 6-2 6-7 (10-6).

Leading into the singles rubbers with 2-0 lead, the Kooyong Lawn team can surging back. Marc Polmans got his revenge against Alex Bolt and moved him around the court constantly to record a slightly surprising 6-4 6-2 win. Andrew Whittington then charged back from a set down against captain Aaron Addison to level the tie 2-2 with his 3-6 6-4 (10-8).

With the tie now leveled up at just after 4pm, MCC Glen Iris Valley’s Blake Mott stepped onto the court again Jacob Grills and did what he needed to do, finishing up with a 6-4 7-5 victory.

Peter Luczak and Greg Jones began their match soon after the start of the Mott and Grills encounter but went game for game until the experienced Luczak found something extra to break Jones and thus what seemed like a grand final winning set. However, the off-court mathematicians figured out that the scenario needed Luczak to win only three more games or Jones to win the second set 6-2 and claim the match tiebreaker. The former World No.64 broke early and claimed the required three games.

The win meant the MCC Glen Iris Valley men’s team defend their 2017 and 2018 titles, and go into 2020 looking for a fourth consecutive championship.

Look out for our men’s team members during this Australian Open summer of tennis! 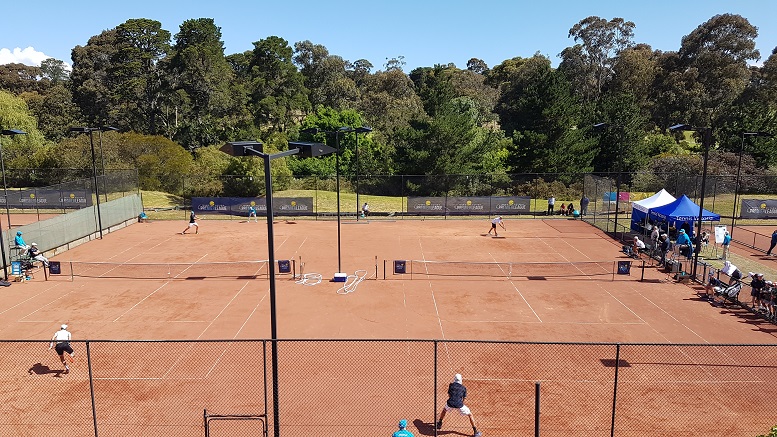